Pull yourself out of that rut and hole more putts

Was your performance in 2016 slightly less than satisfying? I know it’s not enough to hear it happens to everyone from time to time. You want to shake off the year of stubs, lip-outs and three-jacks before golf season rolls back around and you’re racking up missed putts again like a kid catching Pokémon. Well, if you really want to fix this flat-stick fiasco, you’re going to need a bit more than a 30-minute session rolling balls into those tiny golf cups. I recommend a full reboot. Here I’m going to give you four ways to pull yourself out of that putting rut. Sometimes only one of these will do the trick, but be prepared for the reality that you might need all four. Best get started. –With Ron Kaspriske

1.) BENCH YOUR PUTTER
If you’re the kind of golfer who talks to a putter, gives it a good spanking when it isn’t performing, and even threatens to back the pickup truck over it in the parking lot, it’s time for the “we need to take a break from each other” conversation. Bench your putt-er for something different. Use a blade? Switch to a mallet. Always preferred heel-shafted putters? Try a centershaft. Everything from club length to grip circumference is up for consideration. Go get fitted (View: Your Ultimate Guide To Finding A Better Game). The big switch works for two reasons. First, there are no bad memories with a new putter. It’s a new day. Second, assuming the old one isn’t now residing in a scrap-metal yard, you’ll make it just jealous enough that it will perform its best when you rekindle your relationship.

2.) REALLY BENCH YOUR PUTTER
“It’s not you, it’s me” won’t fly as a break-up excuse after the second Tinder date, but it’s probably true of your relationship with the putter. It showed up ready to bury every five-footer–but sometimes you didn’t. You need a refresher on mechanics. So I suggest you practice putting with your sand wedge. It’s not as crazy as it sounds. A good stroke is propelled by the shoulders and requires minimal hand or wrist action. To get the ball rolling with a wedge, you have to make that kind of stroke hitting the ball at its equator with the leading edge (above). This type of practice elicits precision and is good for the ol’ ego. You’re more apt to forgive yourself for a miss, which helps reduce those anxious feelings that turn you into a puddle of goo when the putts actually count.

3.) GRAB AND GO
You’ve held your putter the same way for so long the grip is starting to look like one of those training clubs that has grooved channels for your fingers. It’s time to switch it up, because what you’re doing, as they say here in Texas, is as pitiful as a three-legged dog. The easiest switch would be to flip hand positions so the higher one is lower. But I think you should take it a step further. Get crazy with it. Try the saw, the claw, the paintbrush, the non-anchored belly grip. Sometimes all you need is a dramatically different way of holding the club to reset your brain and start rolling the ball the way you used to.

4.) HIT SOME BOMBS
On the putting green you need to be more Picasso than Pythagoras. In other words, knowing the math behind a putt is important (speed, slope, etc.), but don’t let it squelch your right-brain artistry. You probably aren’t crunching numbers when you ball up a piece of paper and try tossing it into the garbage. You just use your feel. My suggestion? Go deep. Find the longest, craziest putts on a green and try to make them. Even putting from well off the green will help you get your feel back. You know you have to hit the ball hard, and you know it’s going to break, but when you try these long-distance putts, you become less concerned with the mechanics and tap back into the hand-eye coordination you thought you lost. Another benefit? It will free up your stroke. No more trying to steer them in. You’ll putt without fear of missing. Reboot complete.

Thanks to a rules change by the USGA, golfers will now have three options when putting in 2019: Remove the pin completely, have someone tend the pin, or leave the pin in and unattended. If your putt hits the pin in the third scenario, there’s no penalty (formerly two strokes or loss of hole).

It’s a major change in the name of speeding up play. While I certainly applaud that effort, I’m more excited about something else: I can’t wait to see the PGA Tour ShotLink data that will be generated by this rule change, because I think it will help golfers hole more putts.

In a statement on its website, The USGA says there “should be no advantage in being able to putt with the unattended flagstick in the hole.” It continues by saying that “In some cases, the ball may strike the flagstick and bounce out of the hole when it might otherwise have been holed,” while “in other cases, the ball may hit the flagstick and finish in the hole when it might otherwise have missed.”
But before you decide how you want to putt, let’s review some facts:

This doesn’t sound like much space, especially if the pin is leaning slightly toward the golfer. This effect, however, has been tested, and my studies show conclusively that you should putt with the pin in!
I conducted my original Pin In/Pin Out test in 1990, and published the results in the December issue of GOLF Magazine. The testing was performed with a special putting device built to roll putts accurately aimed with a laser–and a true, pure roll–from two feet away. We rolled putts at different speeds hitting different parts of the pin on flat, uphill and downhill sloping greens. The test results were conclusive: You will hole a higher percentage of putts when you leave the flagstick in.

The reason for this effect is that a significant amount of energy is lost from a putt’s speed when the ball hits a fiberglass flagstick. The speed-loss enables gravity to pull the slower moving ball down into the hole more often. Even though balls have changed since my testing, holes and flagsticks have not, and the “energy-loss” effect will still win the day.

To make you feel better about leaving the pin in, think about how many long putts and chips you’ve seen crash into the pin and still stay in the hole. If you’re watching golf on TV, you’ve also seen several shots fly into the hole directly from the fairway and stay in.

After the new rule change was announced, Bryson DeChambeau told GOLF Magazine that he planned on putting with the pin in this season.

Keep an eye on his performance, and for your own good, test this new rule for yourself. Putt 12 balls from a three-foot circle all the way around the hole. Do the same drill for six-foot putts. Repeat this drill 10 times on 10 different days, and keep tab of your results. Share your results with us on social media (@Golf_com). I’ll tabulate the “amateur” results against the Tour’s ShotLink numbers, and let you know the overall results.

Whether or not this test makes a believer of you, you will have forced yourself to practice your putting, putting you a solid step ahead of your foursome.

Give them a gift they’ll love this Valentine’s Day!

We’ve got you covered this Valentine’s Day with our Sweetheart Special!

Our Sweetheart Special has everything you need to have the perfect date with your other 1/2, split with your golf buddy (your other golf 1/2), or treat yo’self because you deserve it! 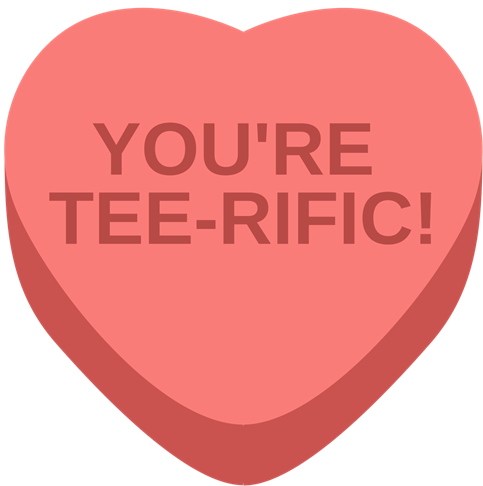 You will receive a digital voucher within 48 hours. Print this out & present at check-in to redeem.